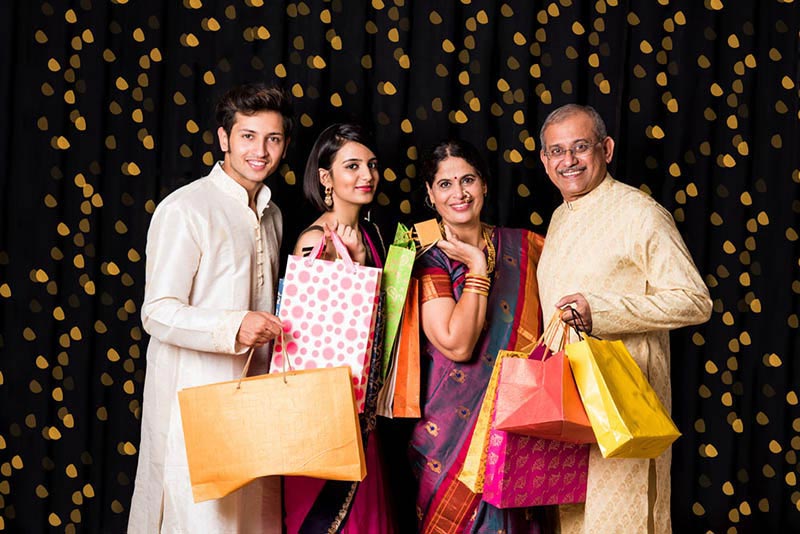 In one of our previous post, we touched upon the fact that Indian e-commerce has grown tremendously in recent years and digital payments form the core of the Digital India ecosystem. The growth in payments has been driven by the push for online payments at the institutional level, be it government, corporate or banks.

Having said that, the paradigm shift from offline to online has been driven by the Indian Consumer, who has accepted the digital medium. Specifically, in the space of digital payments, the consumer has been forced to reduce his dependency on cash, given the government’s huge demonetization drive last November. Therefore, it would be fair to say that some of the digital adoption in the Indian context has been due to demonetization, especially in the payments space.

As per Industry body, ASSOCHAM, the Indian e-commerce consumer size will most likely cross 100 Million in 2017 and will ride on a 65% growth rate(y-o-y) in 2018. The evolution of the Indian Consumer has been pretty rapid in terms of consumption patterns. The shift from offline to online and from COD (Cash on Delivery) to Online Payment has been rather rapid.

Talking of shifts in preferred mode of payment from Cash on Delivery to Online has been rather ironical, because the growth of Indian e-commerce has been because of the Cash on Delivery model. But, owing to demonetization, the rise in online payments is driving e-commerce growth and will continue to do so, in coming years. This goes to show a significant change in attitude and purchasing habit of the Indian Consumer.

For more such insights, you can subscribe to our blog alerts and if you are a small and medium scale merchant, we can help you go global through our international payments solution. Sign up for a demo, to learn more. 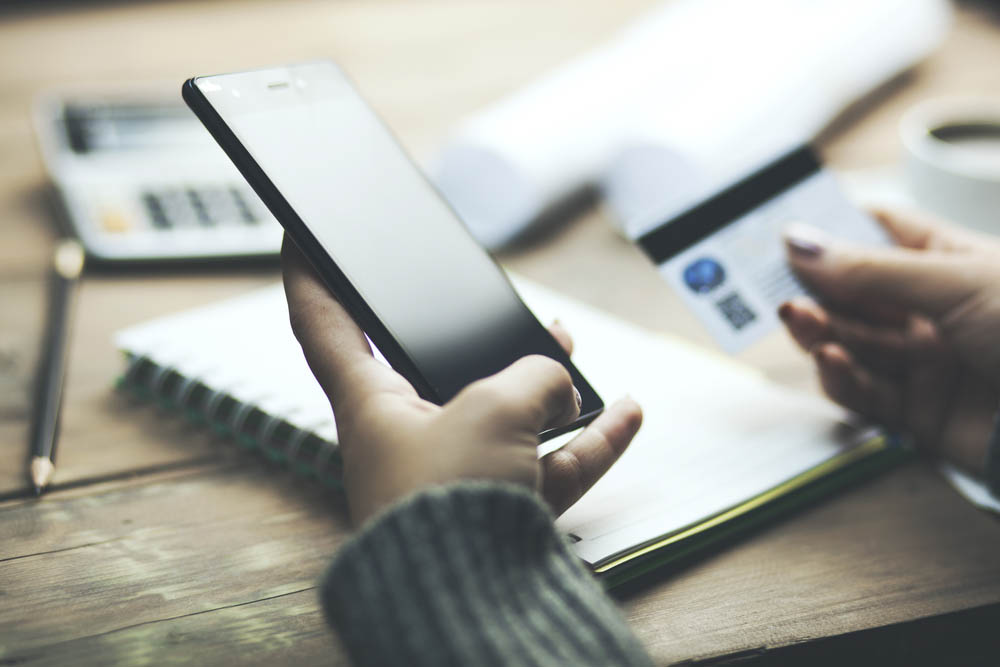 The Indian e-commerce market is estimated to grow to $102.8 Billion by 2020. With a growing internet penetration and a plethora of private and government commercial services being offered through the web, that number doesn’t seem unrealistic.  India is by far, one among the top 3 markets for e-commerce globally. If you thought the $100 bn+ figure is staggering, hold your breath because leading research consulting firm Boston Consulting Group(BCG) estimates that the Indian Digital Payments Industry will grow to $500 Billion by 2020.

In recent times, the world has seen a FinTech revolution and India has been at the forefront of spearheading that revolution. The increase in adoption of digital and mobile payments has been staggering and as a testimony, 50% of India’s population is expected to be part of the digital payments industry 2020, according to the Boston Consulting Group.

The growth has been driven by a tremendous government push in digital payments arena fueled by the Digital India proposition.  Several government services at the federal and the state level have migrated in the digital space and encourage digital payments. The growth has been also aided by the fact that majority of the population has an Aadhar card number, which enabled reliable delivery of many essential services through authentic verification.

Having said that, the Indian digital payments scene is largely focused around domestic payments. There’s a large untapped market for international payments. We know that the regulations for international payments is not easy in India, but things are changing rapidly. There is tremendous scope for Indian exporters who are selling online, internationally to ramp up their operations. Not to mention, there’s enough room for exporters who aren’t online, to get their businesses online and sell to the world.

PayTabs is uniquely positioned as a key player in the Indian Payments space, specializing in International Payments. You can visit our website for more information and sign up for a demo if you would like to explore the power of our end to end international payments solution. Digital India has been at the very heart of Prime Minister Narendra Modi’s vision and the Fintech Industry has been at the forefront of that vision by enabling technologies that fundamentally change the way Indians transact in the new economy.  The statistics point to a large scale Fintech movement taking shape in India:

The tremendous talent advantage that India has coupled with the cost benefit provides a lucrative proposition for Fintech start-ups to sprout in India or to have bases in India. The increasing adoption of Fintech technologies by the large base of Indian consumers has positioned India as an attractive market worldwide. The primary players of any Fintech ecosystem include the following

For any upcoming industry to thrive in a vast and complex country like India there needs to be enough impetus from the government in terms of policies, infrastructure and taxes to build confidence among entrepreneurs.

As a testimony to the Indian market, PayTabs has recently started operations in India and you can experience the full scale of PayTabs’ global payment processor for receiving international payments by signing up for a free demo. We are a leading enabler in connecting Indian merchants to buyers across the world. The recent surge in global online payments has been pretty evident across the world and the growth has been driven by stupendous growth in e-commerce transactions done in the Middle East. In fact, in one of our earlier posts, when we clearly stated that as per Capgemini’s World Payments Report 2017, the global growth in non-cash transactions has been driven by CEMEA (Central Europe, Middle East and Africa) & Emerging Asia, with UAE paying a leading role as the biggest contributor to growth in e-commerce and online payments.

The following 5 factors are driving the growth of online payments in UAE:

The number of cards being used for any transaction has in fact risen to 10% of all transactions in the UAE and most of the transactions are being done online.

UAE attracts a whole host of tourists and they always tend to pay online for most of their services like hotel booking and air ticketing.

The UAE has long been a global melting pot which is a testimony to the large expat population who are more tech savvy and purchase online.

The flattening of oil prices has meant that the country is diversifying its economy and focusing more on new age sectors such as e-commerce which has been aided by robust internet and smartphone penetration in the country.

The UAE has a relatively young population. Roughly about 24% of its 9 million+ population are below 24 years of age. Therefore it comes as no surprise that significant population in the UAE transact and pay online and pay online.

If you are interested in more such insights, feel free to subscribe to our blog alerts. Moreover, do not forget to sign up for a free demo of PayTabs, to understand how PayTabs can add value to your business. 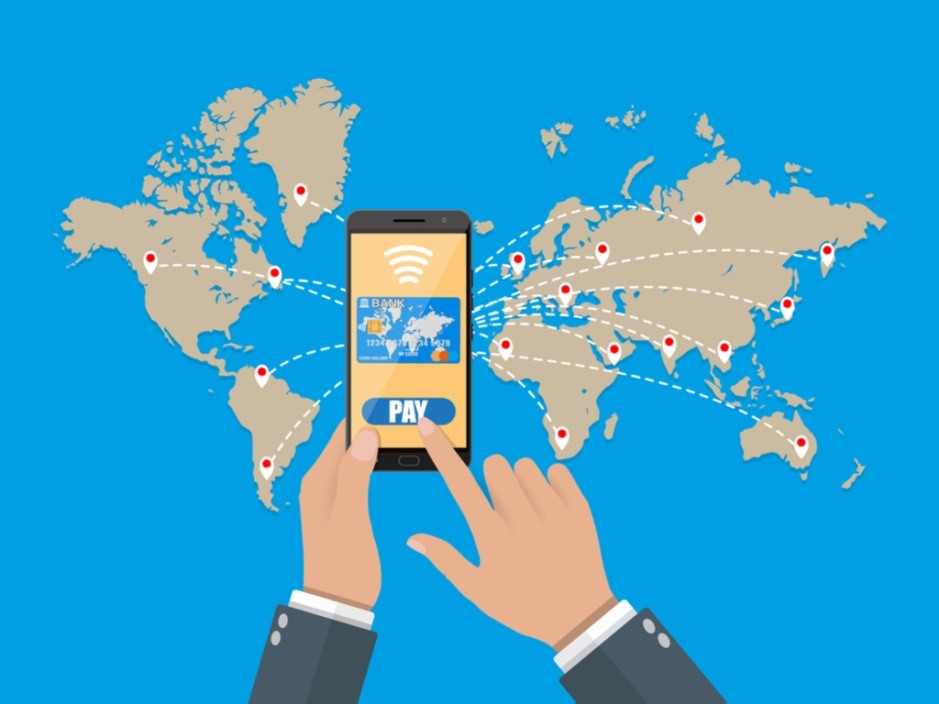 The World Has Shrunk!

Dilshan is a handicraft and handloom merchant based out of Mysore, India. He has an online store, where he sells his products to customers across the world. Akbar is a handicraft collector and he lives in Dubai. He regularly buys from Dilshan and pays him online, either through his store or remits the amount to his bank account.

The distance between Mysore and Dubai is 2600+ kilometres/1400+ nautical miles, separated by the huge stretch of the Indian Western Ghats and the vast Arabian Sea. Yet the distance is irrelevant in the context of global e-commerce and international payments.

Owing to the rapid penetration of cross border e-commerce in recent times, the world has witnessed a surge in the need for robust and seamless payments. In fact, that’s exactly what has been happening in the payments space, the business needs of the industry has led to effective and efficient payment processing systems.

“The 2016 Pitney Bowes Global Online Shopping Study reveals how consumers’ buying habits are changing with the continued growth of cross-border e-commerce. Moreover, the number of global online shoppers will grow 50% by 2018.”

There is a clear need for more alternative payment modes and more currencies being accepted in the payment processor, as customers from across the world visit and purchase through an e-commerce site. Whether the business is a pure-play e-commerce site or a marketplace or platforms, it is imperative for the entity to choose a processor that is adaptive enough to enable universal accessibility and create new opportunities.

However, sceptics would still argue that security of online payments remain a concern among customers and businesses alike. What they seem to forget is the rapid strides made in fraud preventions and internal security compliance by all payment processors and gateways means that the security risk has been mitigated to a great extent.

Lastly, one would have been really living in a cave to not witness the e-commerce revolution across the world, which has indeed shrunk the world.

For more insights on e-commerce and the online payments ecosystem, you can subscribe to our blog alerts.

We look forward to your comments and questions.