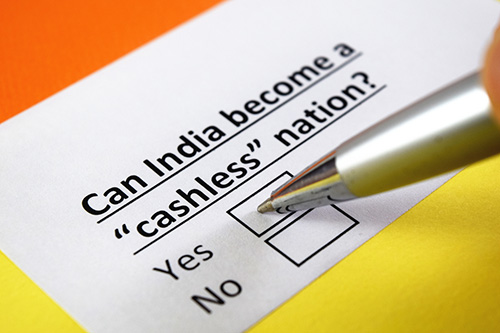 Sleepless in Seattle: Remember the Hollywood movie from the 90s starring Tom Hanks and Meg Ryan. As it turns out, it was not a very happy story, as the protagonist grieves his wife’s death and he cannot sleep after moving base from Chicago to Seattle.

On the contrary, given the Digital India revolution and the growing adoption of multiple forms of digital payments in India, it is definitely a good time to be Cashless in India.  The current revolution of digital payments stretches much beyond being only as a result of demonetization. The consumer’s adoption rate couple with the government’s push in creating a cashless economy has been unprecedented.

Despite all the hoopla around digital payments and going cashless, India still remains low in banking penetration and cash has been the de-facto transaction medium for most in the country. Hence the scale of the revolution is yet to realize its full potential.  The government’s continued push towards digitization through BHIM, UPI and Payments Banks has really scaled the digital payments landscape in India.  It’s all about financial inclusion through digitization. Needless to say, there’s a lot of ground to be covered, given India’s population but the growth trend puts the country on track to achieve its digital payments ambitions.

We at PayTabs provide you with a seamless payments solution that helps you accept payments in multiple currencies and the amount gets credited to your account in INR. Sign up for a free demo to experience the power and flexibility of our solution.