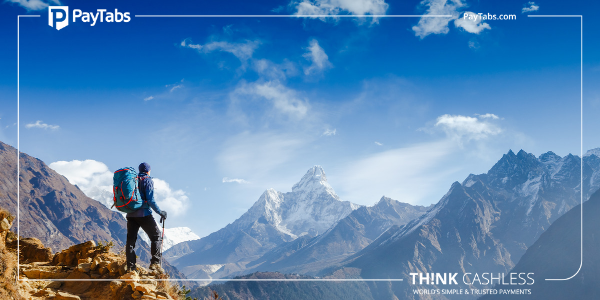 Thanks to the fact that the fintech industry is still in its early phase of development in the Middle East, it seems to be a given that the companies that make up the industry are those of modest beginnings and spectacular growth thereafter. Yet, investing in this sector of the economy in the region remains to be a risky proposition for a variety of factors, not least of which is the fact that, relative to other parts of the world, the surrounding infrastructure here requires further development and better integration with the financial markets. It would be understandable, therefore, for investment to gravitate toward other industries. But there’s a catch.

Easier and lower-risk investment opportunities may appear to exist outside of the nascent fintech industry, but such “easy” investment opportunities tend to attract the biggest numbers of attempts, which means that only be so many people who can succeed using the same hackneyed formula. That way, some people — scratch that: lots of people — are bound to find out that their returns are ever diminishing and that their resources are ill spent. To make it in the market, therefore, one must learn to ride the wave of constant change that markets so often experience and must learn to take calculated risks to capitalize on the market’s shifting tides.

If we look at the trends in the markets regionally and globally, one thing is as clear as day: fintech’s tide is ever-rising. The surrounding environment of a fintech startup is arguably just as important as the vision and strategy of the entrepreneur. Today, on the other hand, we find that establishing such an environment is written into the government’s long-term strategy. Consider how Saudi Arabia’s forward-looking Vision 2030 explicitly concerned with creating “incentives to foster use of cashless payment solutions,” for instance. As a result of that vision, the Saudi Arabian Monetary Authority has commissioned the giant financial firm Deloitte to oversee the process of turning Riyadh into a bustling fintech city. Relatedly, the economic vision has also resulted in the creation of a consortium of Saudi fintech startups to national banks to international technology powerhouses, all under the banner of “Saudi fintech.”

Saudi Arabia’s initiative, which was announced roughly a year ago, is now working on jumpstarts the fintech scene in the region’s biggest and most important economy. The rapid change and progress it’s experiencing are making host of advantages available to newcomers of tomorrow – not least of which is the fact that they have allies in the policymakers at the highest echelons of government.

The opportunities are there for the taking.

Mahmood Almahmood is a translator and editor at a national news service. Trained in the social sciences and the arts, he enjoys staying abreast of the business press and analyzing its trends.